For the release of Blended Lives, Melissa asked each of us to share the “moment” when we knew that this was the dress we were going to be married in.

I never had a moment.

My husband, Jim, and I were very young when we got married. We didn’t have tow pennies to rub together…literally. So finding a dress was hard. How was I going to pay for it? It was hard.

Then a co-worker came forward. She had gotten divorced the year before and no longer wanted her dress. She wondered if I would like it. I thought, “What do I have to loose?” so she brought it the next week.

The dress was mine and I loved it.

So many people were against it. They talked about curses and bad luck. I am happy to say, Jim and I have been married for almost 28 years and it has been such a blessing to be on this journey with him.

So do you want to see the dress? 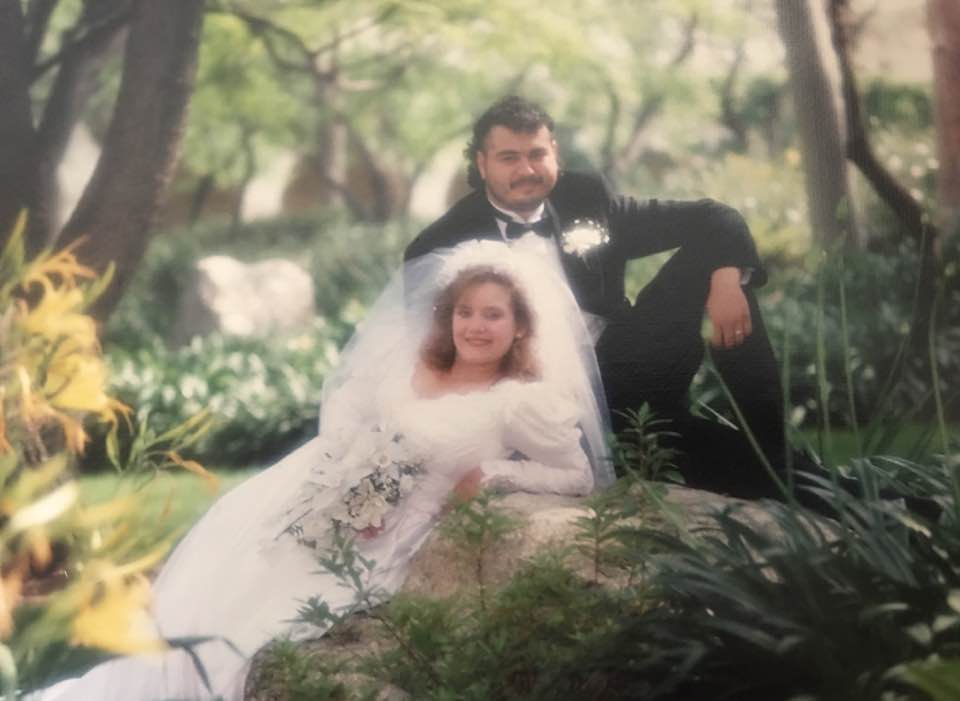 More about the Blended Lives…

Wedding bells are ringing on the islands, but more than romance is in the air.

Seth Mikels experienced a fulfilling marriage with his wife until her sudden death left him alone to raise their two daughters. As they approach their teens, it’s obvious that they need a woman’s influence. He’s not looking for love, but he could use the partnership of a wife. Between his handyman business and playing Mr. Mom, time is fading fast.

Sarah Reid has spent the last four years caught in the middle of one island drama after another. Following the most recent fiasco, she hopes to find refuge on Sparrow Island with her two little boys. Climbing bills and a dwindling bank account leaves her no choice but to sell out and move to the mainland. Enter Seth’s handyman skills and an unexpected romance.

With Beth and Scott planning their own Merriweather wedding (complete with a Momzilla), will wedding bells ring out on Sparrow, too?

Before sailing off….Be sure to check out the other author’s dress “moments” and enter their giveaways!