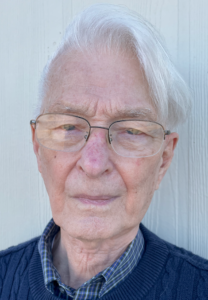 Neil Tolsma was born on February 5, 1935, Saddle Brook, NJ. Met his wife, Lenore Merop, at Garfield Community Church (where he had made his profession of Christ as his Savior at the age of 17) and they were married on August 29, 1959. They had both been part of the Billy Graham Choir that introduced the popular hymn, How Great Thou Art, to America the summer of 957. He graduated from Shelton College, Ringwood, NJ, 1962 with  A.B. And from Westminster Theological  Seminary 1965, B.D./M.Div. Ordained by the Presbytery of the South, Orthodox Presbyterian Church, 1965. Served as pastor of Bethel Orthodox Presbyterian Church, Fort Lauderdale, Florida, 1965 to 1974, Falls Orthodox Presbyterian Church, Menomonee Falls, Wisconsin, 1974 until his retirement in 2004. They are the parents of three daughters  and 8 grandchildren. Neil is the author of This Is Love: Tracing the Love of God throughout the Biblical Story.

The following Neil Tolsma books have been published by Celebrate Lit Publishing: