Kari asked us to share today about friend who is our opposite but we love them anyways. I can’t think of anyone who was more opposite than my husband,  Jim, and I when we were dating and first married. 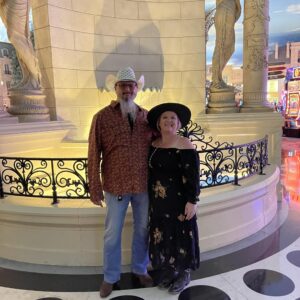 I was an extrovert…He was an introvert.

I loved to read…He hated it.

I loved to go and do…He was a homebody.

I was a Barnabas….He was a Paul.

I loved to play games…He would do anything to avoid playing.

I loved Rock n Roll…He was a bit of country and a bit of rock and roll.

In the beginning of our marriage, it caused a lot of arguments. For example, I would want to go out on the weekend after being home all week, he wanted to stay home after being out working all week. We were both young which I think made it even harder – we didn’t have the wisdom we have now.

But we were in love. We were both committed to the Lord and to our marriage.

Eventually, we found that we had to compromise; we had to think of the other ahead of ourselves.

What is so interesting is now that we have been married almost 30 years, we have become more and more alike. Jim has become more of an extrovert and even enjoys talking to people now; I have become somewhat of an introvert and while I love to be around people, I need some time to myself. Jim enjoys going and doing more; I enjoy being at home more.

It is a balance.

I am thankful that after all these years we still enjoy each others company. We enjoy going and doing things together but we also enjoy being home and relaxing together. I still love to play games but there are certain games Jim now really enjoys (Monopoly is not on that list LOL). And while I still love Rock n Roll, I am a bit country now too.

How about you readers? Do you have a friend that is opposite of you but you still love and enjoy being around?

More about Blessings in the Bargain…. 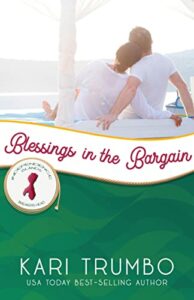 Before you go, be sure to enter my giveaway below. Also, don’t miss out on the author’s post and giveaways!