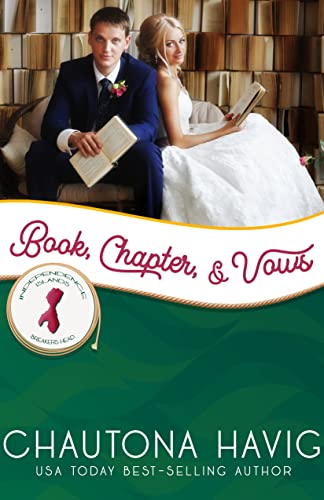 Falling in love with Benjamin wasn’t in the plan, but Mallory finds she’s all but lost her head and her heart after two and a half years of banter, memories, and now shared books.

But when her ex-fiance (does it count if it was just for a few hours?) shows up right in the middle of a writing project with Benjamin, the guy manages to ruin her happiness… again.

Benjamin has been keeping one tiny part of him back from Mallory–just the one thing that’ll repel her for good.
So when the ex-boyfriend-slash-fiance shows up, and things look serious again, he takes a giant step back and prays he can keep his heart intact in the process.

They’re clearly meant for each other. God obviously has a plan. So what’s it going to take for Mallory and Benjamin to work things out and get those vows made?

Filled with misunderstandings, insecurities, past relationships & a BIG secret, what more could you ask for in a romance novel?! Just like real life, navigating relationships is hard and Chautona keeps us grounded as we get sucked into the lives of these fictional characters.