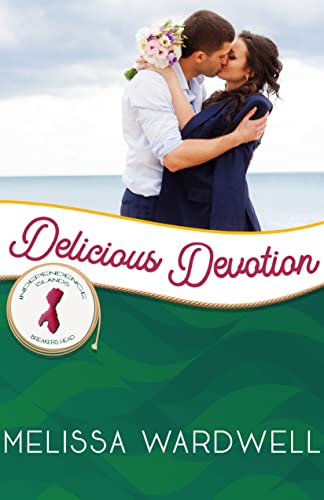 Why do weddings do their best to ruin relationships? Friends, family—even the couple!

Beth Stevens didn’t come to the Independence Islands to find a guy, but thanks to her beloved Gram, she had a place to go and the skills to start a business she loves. Meeting Scott again and getting engaged was a bonus she only dreamed of.

Now, in the final weeks before their Christmas Eve wedding, she can’t imagine not having him in her life. They have endured one hurdle after another in their two-year relationship and have remained devoted through it all.

And then months of wedding planning begins to fall apart as one person continues to undermine Beth’s choices.

Scott has waited for this day to come but as he witnesses Beth unravel, he does everything he knows to do to protect and stand by her.

The question is, will things ever come together enough to get them both to the altar before it’s too late?

I've enjoyed following along Beth's tale since she left Michigan and found her calling along the Independence Islands. When she met Scott, renewed old friendships, found the beauty of the islands and their quirkiness, it has been such a journey. I have been waiting for this closure to their story in this series, but I had no idea they would go through so much to reach their finish line. Ms. Wardwell brought another level to her writing game I haven't seen in these books. It was truly a gripping story. I felt a connection. Forgiving, letting go of past trauma, healing. It's all important in our own spiritual walk. These are necessary things. Loved this book and can't wait to start the new series with new characters, one of which is in this book! Loved him!!