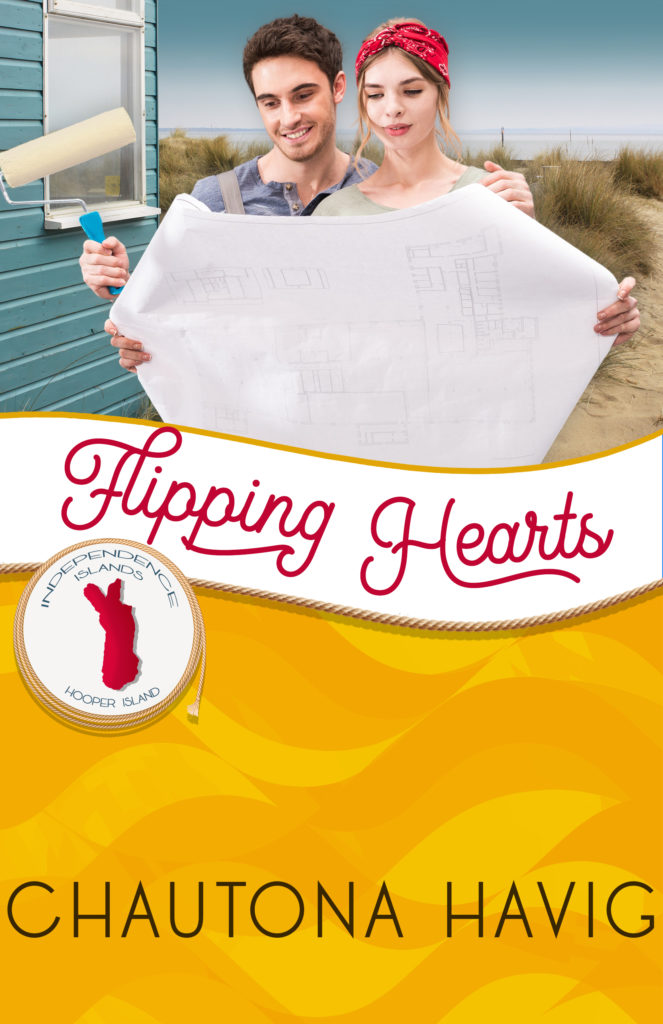 When a hurricane rips through Hooper Island, a tidal wave of TV crews follows and upsets the locals.

Brooks Crawforth agreed to volunteer crews helping to clean up and repair things on the island, not a whole home and garden series on the total renovation of several houses and a bit of cleanup on the side. He’s furious, and the show host is spitting nails at the person who blew it in the first place.

His and his father’s jobs are in jeopardy, the islanders are about to kill him, and that crazy show host blames him for her assistant’s last-minute, “you’ve-got-to-sign-this-now-or-we-can’t-come” contract.

One more thing. Did she have to be so cute?

He’s got even more trouble, though. Islanders are starting to blame Mallory Barrows for the invasion. Not only that, there are rumors of dismantling the association and allowing tourism on the islands. How’s he supposed to fix this mess?

They can’t stand each other, but if they can manage to flip off the enemy switch and flip on some cooperation, maybe their hearts’ll get flipped, too.

This “enemies to romance” novel introduces the next island in the Independence Islands Series featuring five islands, six authors, and a boatload of happily-ever-afters.

I loved this book. It’s full of faith and that’s the only kind I want to read. It’s also a mystery and oh so romantic. I would highly recommend it!