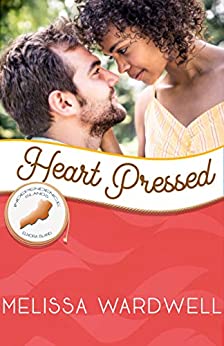 Crushes are great for grapes, wine, and romance—not so great for hearts.

The Sweetheart Festival, an Elnora Island institution, has sparked more than a few romances over the years, but who would have thought it would light a fire in two hearts from two of the island’s oldest families. When Amara Martin and Dante Greco meet, sparks fly that may ignite more than romance.

Seeing the attraction at Amara and Dante’s chance meeting, Beth Stevens and Scott Anderson join forces to do a little matchmaking, not realizing the pressure it would bring to both households and their own hearts. The new couple must decide if they will adhere to tradition or break free from expectations and choose love. Pressure on every side threatens a love that hasn’t yet had a chance to ripen—for both Amara and Dante as well as for Beth and Scott.

Another great book in this series! I love Scott and Beth, and watching them grow has been fun. But meeting Amara and Dante was exciting! Their adventure was new and a good shake-up in fiction. Something I certainly wasn't expecting- but I'm not going to give it away. You really need to read for yourself.