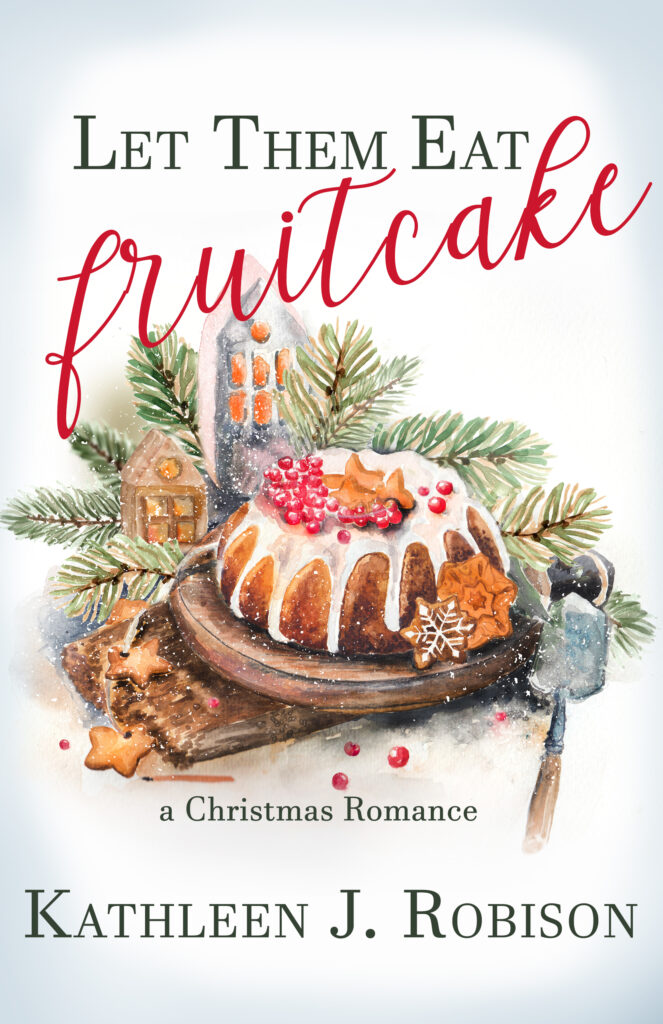 Victoria Randall has it all—a new job in an ideal locale and the eye of Chad, the hunkiest guy in her apartment building. Christmas is going to be great this year. But when a call from her best guy friend back in Bay Town tells her that her grandmother isn’t doing well, she decides to fly to Grandma’s rescue.

Art has loved Victoria since they were five, but after she returns and keeps him locked into total friend zone he decides to let his hopes go. Easier said than done when he spends so much time with her, making and delivering her grandmother’s fruitcakes. Add to that the legend of love surrounding them, and well… it’s tough.

A horrible accident puts things into perspective for both Art and Victoria, but Art decides it’s too late, and when some guy shows up acting like Victoria’s boyfriend, he’s sure of it. By the time she’s ready to head back to California, all hope of a romance between them seems lost—right up to the moment her grandmother thrusts a piece of fruitcake into her hands.

Are the matchmaking properties of Sally Trotman's fruitcake their last chance at a happily-ever-after? Find out in Let Them Eat Fruitcake—a story of faith, romance, and of course, fruitcake.

Set in a quaint southern town, this is a page turner with romance, suspense and a timeless message that inspires. Couldn't put it down!