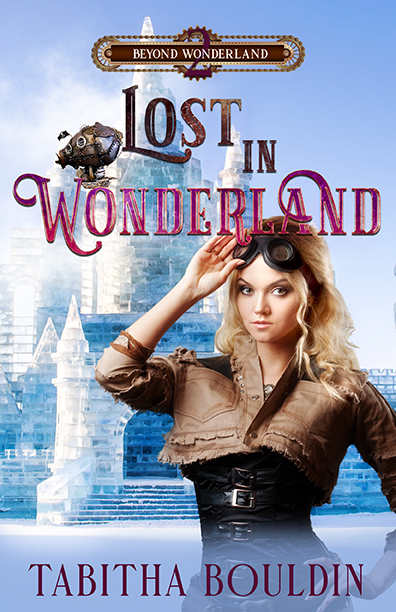 If you make a deal with evil, be prepared for the consequences.

When a metal dragon kidnaps Alice, Hatter gathers the troops and charges off to rescue her. If only things were so uncomplicated. In the Ivory Kingdom, they find upheaval of the worst kind and all heading to civil war spearheaded by a man known as the Bandersnatch.

Turmoil and the terror of fighting against a giant wolf, the Bandersnatch is bad enough, but when the Ivory Queen’s secrets are exposed, Hatter and Alice face off in a battle of wills and points of view. How can Alice trust a woman who deceived them?  Why can’t Hatter see the bigger picture? If they don’t reconcile their differences, more could be at risk than the Ivory Kingdom.

More questions than answers bombard them in their quest for truth and freedom for all. Who is stealing children? What dark secret overshadows the Ivory Kingdom? Can they avoid the Bandersnatch’s clutches? And most important of all, who can they trust?

Join forces with Alice, Hatter, old friends and new, and be prepared to discover that trust and risk are often two sides of the same coin in this next Beyond Wonderland novel.

Both come with a special pre-order gift of a bonus chapter from Alpha's point of view. Click HERE to claim your gift with purchase.