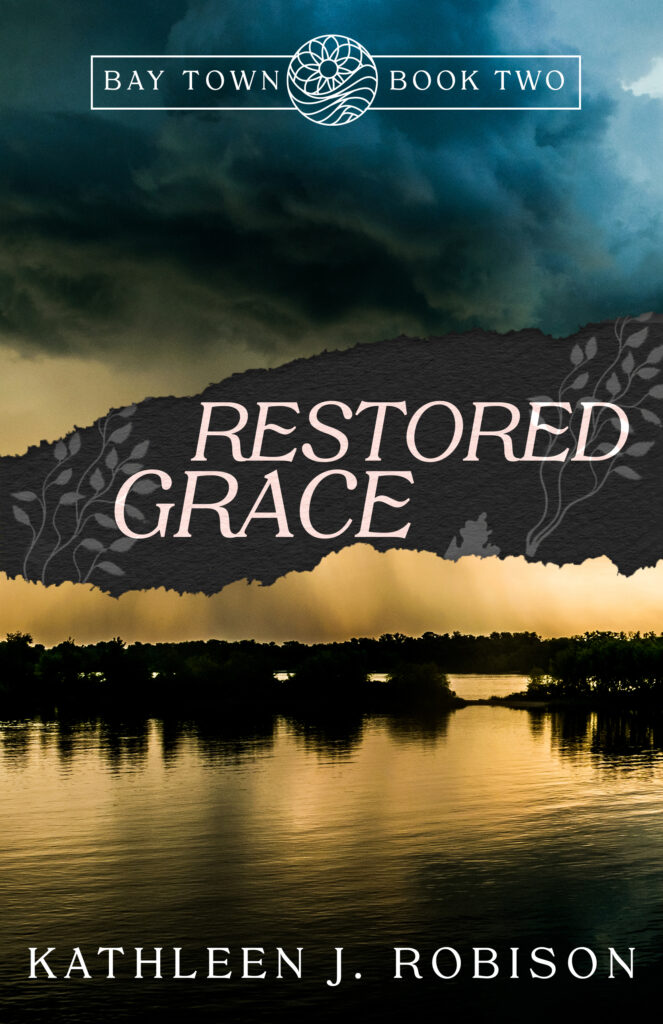 They promised Jesus would be with her through everything, but is that enough?

Free-spirited vintage thrift shop owner, Carol Scape, wallowed in grief after her boyfriend’s murder. However, with newfound faith, she’s finding out what it means to die-to-self and put others first. Even if it could cost her life.

Carol is on a mission to save a runaway teen and an at-risk girl from Will Boudreaux, the man just released from jail for running a prostitution ring. The same man who previously terrorized Bay Town residents. Can’t the town get a break? Can’t she?

She’s up for the challenge, but when sparks ignite between her and the town mayor, it muddles things. Having sworn off men, he’s getting in the way of what she feels she must do. Or is he?

Restored Grace is the second book of the Bay Town Series, continuing one year after Shattered Guilt. It’s a stand-alone, amped-up, romantic suspense. Buckle your seat belt. You’re in for a ride.

From the very beginning, you are dramatically drawn into this captivating story. Carol, the main character, is colorful and quirky with a dishonorable past reputation. As a baby Christian, she is now struggling to live a new life with a beautiful new heart. The author does such a masterful job painting a picture of each character that you feel you know them personally. She describes each scene so fully that you feel immersed in the story. With many dramatic twists, it is hard to put this book down until the very end!