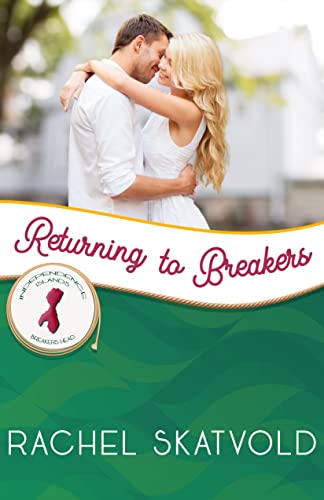 Sometimes God’s “why” comes too late… and just in time.

Tiffany Hill is a master at concealing her emotions. She can’t admit she has her own questions about God—like why He allowed her Marine husband to die in action. A single mom with three children to care for and the general store on Merriweather to run leaves little time for philosophizing. She has more pressing issues to deal with. Like how her dream of running the family business has become a burden.

Is keeping the business afloat even worth the effort anymore?

After high school and an unfortunate falling out with his father, Liam Hadler left Breakers Head, determined never to look back. He failed on that one, and one of many regrets was leaving his high school sweetheart behind to chase an impossible dream.

When his mother calls after his father suffers a stroke, Liam has a tough decision to make. Will he return to a place he’s avoided for sixteen years, and is making amends with his father even possible?

A chance encounter with Tiffany after so many years never occurred to him, but memories of their time together rekindles something he thought he’d lost. What’ll it take to persuade her to give him a second chance?