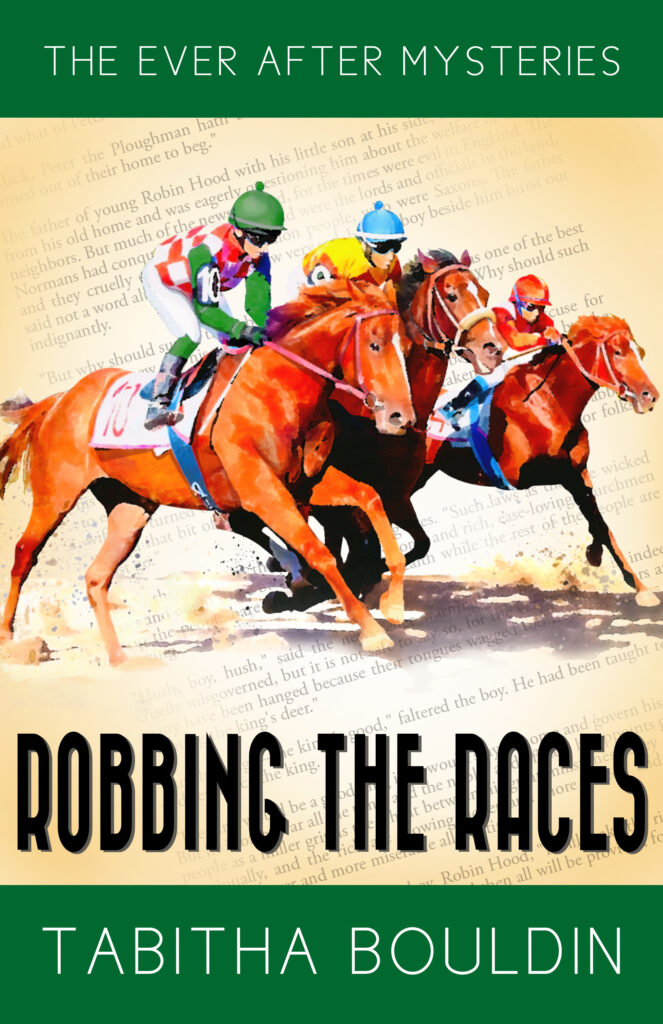 The Legend of Locksley might just get Robin and Marian killed.

Robin Locke’s career as a jockey is far more successful than he ever expected. When a groom is found dead in the stables, Robin sets out to right the wrongs of Locksley. Unfortunately, Robin’s rival is dead set on proving him guilty!

Marian Silvers sets out to find a once in a lifetime story that will ensure her career as a reporter withstands the masochistic attitudes of the paper where she works. As she and Robin dig into the groom’s murder, she finds another side to the legend of Locksley…a side he would prefer stay hidden forever.

While the murderer wreaks havoc in their small town, Marian and Robin find that all is not as it seems. And then they become the next targets. They just need to evade the killer long enough to bring him to justice… and perhaps find love along the way.

Both come with a special pre-order gift of a special letter from a character in the story that will give a special insight only those with the gift will get to see! Click HERE to claim your gift with purchase.