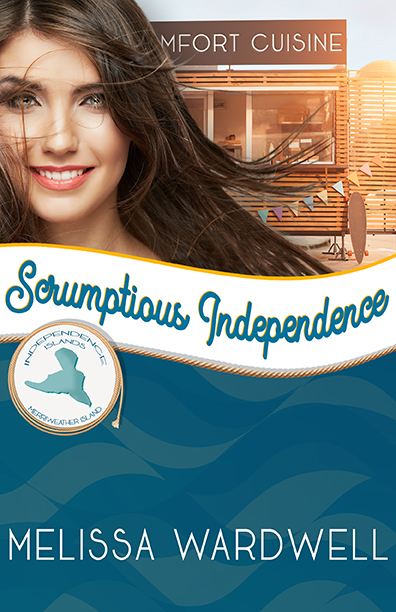 “Taste and see that the Lord is good.”

And so is Beth’s cooking! It’s a good thing, too. After a lifetime of her family’s smothering embrace, a whole new world opens to her with the passing of her beloved grandmother.

Armed with an inheritance she never expected and orders on how to use it, Beth sets off for Merriweather Island and fulfillment of a lifetime of dreams.

Or so she hopes.

What she didn’t hope for was what most women would—a man who fills her thoughts at the most wonderfully unwelcome times. She doesn’t have time or space for a relationship, but how do you tell love to just go away?

Of course, starting over in a new place is never easy, especially as an outsider in a small community. Add to that a mayor who has her dander up and a woman bound to make her life miserable, is it any wonder that Beth begins to doubt God’s and Gram’s plans?

With her heart betraying her resolve and challenges to her faith, Beth finds it takes bravery she didn’t know she had to discover just how scrumptious independence can be.

This “Merriweather book” is the second in a new series featuring five islands, six authors, and a boatload of happily-ever-afters.

Scrumptious Independence by Melissa Wardwell is a fun beach read. Beth makes a fascinating character as someone so isolated from most of her family. Ms Wardwell does a great job portraying interesting characters with real hurts and difficulties. I adore Merriweather Island and its cast of characters. Half the fun of reading this series is finding out what is happening now with characters from previous books. I think readers of Christian romance will love this book. I received a digital copy of this book from the author with no obligations. These opinions are entirely my own.