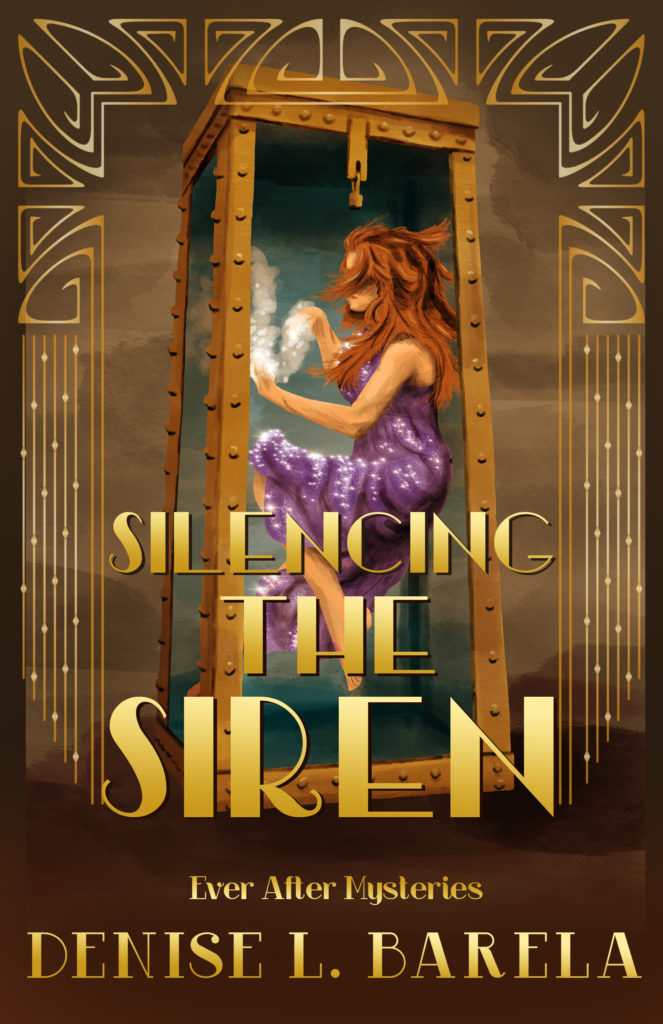 Andrew Grayson thought he had everything… until he met her.

The indulged son of wealthy parents, Andrew has always gotten whatever he wanted almost before he knew he wanted it—clothes, gadgets… even a car! What more could a young man desire?

Of course, her beauty attracts him. How could it not? Add to that a kind heart, and Andrew can’t help but fall for her.

Annabel’s connection with the freakshow repels his parents and their society friends. They want him to sever all ties with her and his new friends. Oh, and marry the “right” girl with the “right connections.” But he won’t do it. He’ll defy them and marry his little mermaid.

When Annabel turns up missing, declared dead, things don’t add up, Andrew begins asking some difficult questions, the most important being, “What happened to the little mermaid of the Coney Island freak show?”

Find out in this next book in the Ever After Mysteries, combining beloved fairy tales and mysteries. Silencing the Siren offers a retelling of “The Little Mermaid” that will keep you gripped to the edge of your seat as you watch the story unfold.