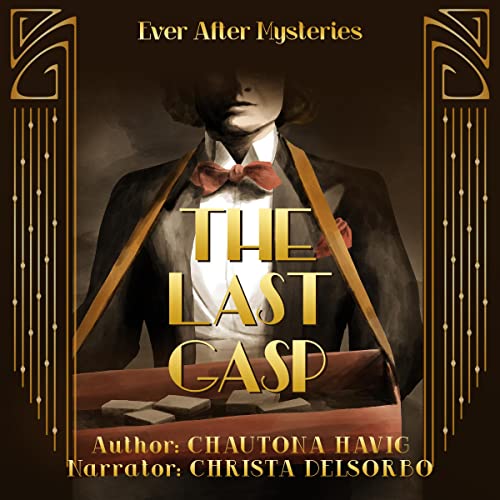 Part of the Audiobooks series:
Part of the Ever After Mysteries series:

Four new friends, one young orphan, and a potluck of clues that don’t seem to fit anywhere leave the police baffled, Lucinda in fear for her freedom, and Gary ready to trade in his acting shoes for gumshoes if it’ll save his “Cinda”.

The first book in the Ever After Mysteries, The Last Gasp, combines beloved fairy tales and mysteries. This Cinderella retelling blends murder with enough crime and story clues to keep you on the edge of your seat.