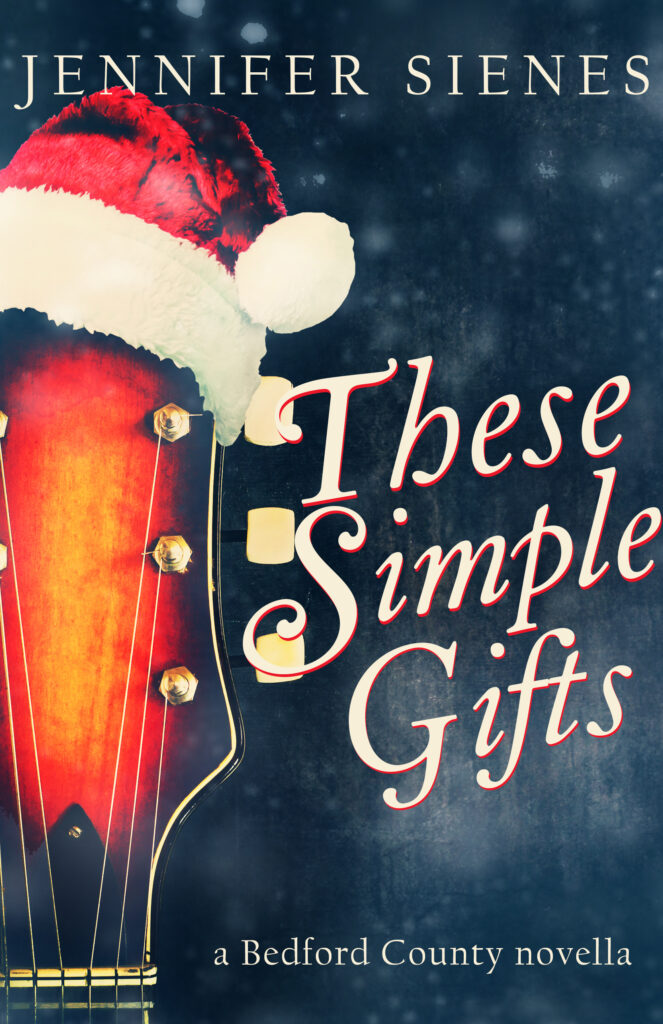 This year, Annalee has more ugly to deal with than you can find at a Christmas sweater party.

After eighteen years of living in the shadow of danger, shame, and regret, preschool teacher Annalee Prichard just wants to keep life safe and simple. It’s worked so far, but her best friend has other ideas and guilts Annalee into helping with a Christmas charity event. When the event’s entertainment backs out, it’s up to Annalee to convince her high school crush, Nick Daniels, to step up and step into the gig.

Nick Daniels has never been accused of having but one oar in the water, and he learned the hard way that pride truly does come before a fall. He sacrificed everything to achieve the fame he desired above all else. But after hitting rock bottom, he returned home to Bedford County, clinging to a mustard-seed-sized faith.

That’s when homely Annalee Pritchard shows up, convinced he’ll be willing to flirt with fame once again—all in the name of Christian charity.

Nick’s friendship has Annalee grinning like a fool. Could there be more to life than shame and shadows? Could this be her most blessed Christmas ever?

Little does Annalee know that her fearsome past is about to rear its ugly and perilous head and drag her and Nick down together.

What a beautiful story of overcoming the past! Jennifer Sienes let’s her personality shine through in this wonderful read with her witticism and love of scripture! I love how Jason helps Annalee move forward and heal when a past experience left her fearful and ashamed. A wonderful read that will leave you feeling like you too can move forward, no matter what the past has dealt you. I was given a complimentary copy. My opinions are my own.