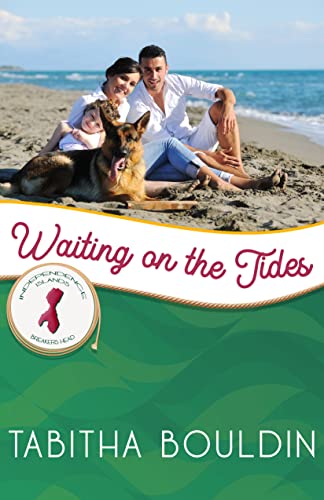 People are more than the sum of their mistakes.

After a life lived in her older brother’s shadow, Abby Solomon is ready to take on the world—or at least a teaching position that puts her face to face with the one guy who thinks she's nothing more than an immature nuisance.

When his daughter's mother abandoned them, Christian Johnson swore off women and the trouble they bring. No wife—no drama. Just how he likes it.  But as Christian struggles to juggle his job as a cop with raising his daughter and tracking down a runaway teen, he's forced to ask the one woman who reminds him of his wife for help.

Abby is thrilled with the opportunity to show Christian that there’s more to her than what he thinks. But just as Christian begins to trust Abby, she makes a colossal mistake that threatens to ruin everything.

She just wanted to be accepted.

He wanted to be left alone.

It’ll take a runaway teen to show them that love is not measured by a single mistake.

This is part of the Independence Island series and I really enjoyed it because while it was more of a contemporary Christian romance, it had a deep richness to it that I personally get more out of. So far, I have enjoyed how Tabitha Bouldin takes a general concept of an idea and works layers into her writing.

I personally do not recommend reading the books out of order. I think the full experience in these can be enriched by enjoying the books in the manner in which they are published.

All in all, I really enjoyed this book and will be looking forward to more by this author.