For the release of Delicious Devotions, we were asked to share about a special gift we were given for our wedding.

I knew right away which present I would share.

It was the day of my bridal shower. My cousin, Shelly, graciously threw my wedding shower and she held it at her house. It was a special day with many family and friends in attendance. We played games, had food, and fellowshipped for several hours. My aunt made me a bouquet out of a paper plate from the shower and ribbons from the presents. I still have that stored in my keepsakes box in the rafters in the garage.

When it was over, Jim came and we packed all the gifts in my car – looking over each one and talking about how fun it would be to use each thing when we were married. While we were loading, my dad came to help.

It was then I received a special gift.

My mom and dad called me over to the trunk of their car. When they opened the trunk…there it was.

My mom smiled and said, “Your daddy wanted you to have it. He thinks every woman should have a set.”

I moved closer to the box. It was a beautiful set of china.

I was so touched.

My dad thought of the idea. My mom picked it out. They both sacrificed to buy it for me. It was something that would have been hard to get on my own when I was trying to set up an entire home. 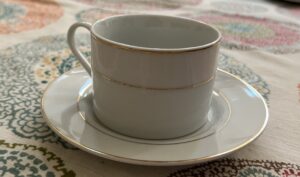 Jim and I will soon be celebrating 29 years of marriage. In that 29 years, we have moved 10 times.

I still have my china.

There are just a few pieces that have been glued back together. But I still have every single piece. And I still use it several times a year.

It will always hold a special place in my heart. 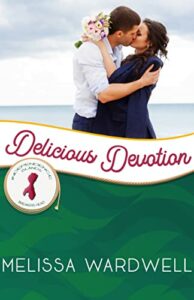 Why do weddings do their best to ruin relationships? Friends, family—even the couple!

Beth Stevens didn’t come to the Independence Islands to find a guy, but thanks to her beloved Gram, she had a place to go and the skills to start a business she loves. Meeting Scott again and getting engaged was a bonus she only dreamed of.

Now, in the final weeks before their Christmas Eve wedding, she can’t imagine not having him in her life. They have endured one hurdle after another in their two-year relationship and have remained devoted through it all.

And then months of wedding planning begins to fall apart as one person continues to undermine Beth’s choices.

Scott has waited for this day to come but as he witnesses Beth unravel, he does everything he knows to do to protect and stand by her.

The question is, will things ever come together enough to get them both to the altar before it’s too late?

Before you go, be sure to enter my giveaway below for your chance to win! Don’t forget to visit each of the author’s posts as well so you can enter their giveaways!