From Seizures to Dancing

The Lord has turned my mourning into dancing many time in my life. The most significant is with my seizures. 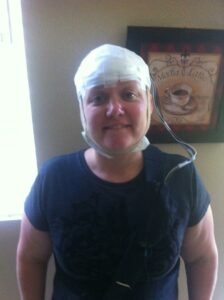 In 2012, I had finished my Masters in Education, started teaching and worked my way up to being an administrator at the school I was teaching at. My husband worked at the same school and we both homeschooled my kids who were all in high school.

We had arrived. All that we had worked for had finally come to fruition.

Don’t get me wrong, it was hard work. I had a difficult boss and it was demanding but that is how life it, right?

Then it happened. It was a Sunday afternoon and I felt pain in my head and a tingle in my hands. The next thing I knew, I woke up on the floor with my daughter crying and my husband next to me. I was rushed to the emergency room where I was told I had a seizure.

From there I was made an appointment with a neurologist who put these nodes on my head and had me where a monitor for a weekend. Isn’t it lovely? Ahem. Yes. I look like something out of doctor who.

When that came back inconclusive, they put me in the hospital for a week where they did all kinds of things that made me feel I was being tortured for information – flashed lights at me, didn’t feed me, tilted me on a table. Then kept me up for 24 hours and did it all again. I finally had a seizure but not where they could see me.

While all this was going on, I was still having seizures. Lots of them. This meant I couldn’t drive or be by myself at anytime.

I had to take medical retirement from my job and I have never been able to go back to driving or teaching.

So here I was….38 years old and retired. I wasn’t sure what to do with myself. So I went back to school to do a second masters degree program…this time in English with a focus on publishing. While doing this program, I found out how much of a struggle it is for authors to market…especially Christian authors. A Christian Author friend of mine wanted to do a virtually tour and I offered to do one for her with the friends I made through blogging myself and in a way that I thought made sense – combining a book tour with a blog hop so readers could follow along. The author loved it and wanted us to do it as a business but I wanted to do it as a ministry. I talked to my daughter, Denise and….

It has been such a blessing. We have made so many friends. Friends who support us, encourage us, pray for us, and love on us.  In turn, it has been a privilege to do the same for them.

We are so thankful!

Where Celebrate Lit has Flown

Since starting Celebrate Lit seven years ago, it has grown and flown! Celebrate Lit Publicity has expanded to include reader groups, an author group, and social media building help for authors. We opened a publishing house 5 years ago and have published over 150 books. We have attended conferences – We just came back from The Inspire Writers’ Conference at Mount Hermon which was amazing – and have flown to do reader parties which has been so much fun! 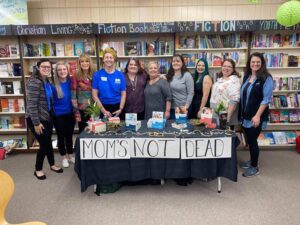 One of my dreams for Celebrate Lit was to do author retreats where we can workshop as we bring in people to teach authors. In February of 2019, that dream became a reality. Now that Covid is past, we are looking forward to getting back to it! 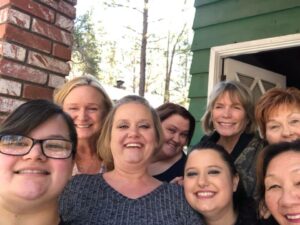 Where I am now with my Seizures 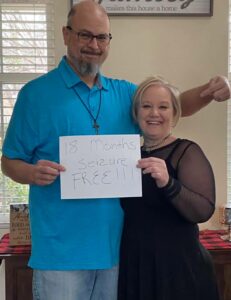 In August of 2019, I had a surgery and they found the cause of all my pain. What we didn’t realize is that this surgery would also fix my seizure issue. I have not had a seizure since! I am still continuing to rebuild my stamina and energy but the last time I went to Disneyland, I was using a walker not a wheelchair!

Celebrate Lit continues to grow and we have brought on more and more people into our family. It has been such a blessing!

Thank you so much for reading about my journey. The Lord has done amazing things!

Before you go, learn…. 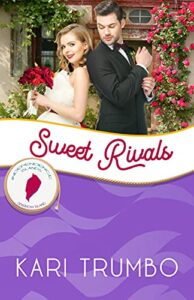 Fay is about to lose her business…

…to the only guy she’s ever thought might be good for her.

Fay Ravven has spent years building a floral business on Mimosa Island. Too bad a chain florist has moved in right down the street. As her business wanes, she realizes her rival is none other than Corbin Lowel, the very man who swept her heart away at her friend’s wedding.

Corbin knows he’s not good enough for Fay. His friends remind him all the time that, as a florist, he’s not really man enough for anyone. That doesn’t stop him from stepping out of his comfort zone and going to Fay’s store to see if she remembers him. That’s when he discovers that his business is killing hers.

What are rivals to do when they can’t stop thinking about each other? Plan the flowers for someone else’s wedding, of course.

When Corbin and Fay must see each other and work together, will they dive through their pain and reach for the stars? Or will the roses be too prickly for two hurt hearts?

Before you go, be sure you stop by each authors post and enter their giveaway!