I have a confession to make. I know people love fixer upper shows, others love dating shows, and others love gardening shows.

If it is a cooking competition, save me a seat on the couch. I will be there with my Keto snack in hand.

What is my favorite cooking competition you ask?

That is a hard one. If I had to choose, I think it would be The Great British Baking Show.. I get excited when the competition gets close. We watch every week as soon as the episode releases. The hosts are hilarious and I love the different themes each week. We even catch the holiday one every year.

So what about you, reader friends? Do you like cooking competitions? 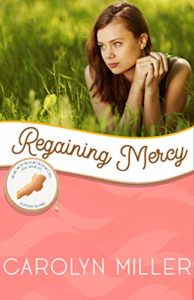 A mom ready to do anything for her son. A man determined to win the woman he loves.

Going on Love at First Glance had seemed like such a good idea. She didn’t care about finding Mr. Right. No, Mindy Murray chose the reality TV show for more mercenary reasons.  A mom’s gotta do what a mom’s gotta do when it comes to feeding her son.

When Mindy returns to Elnora, the girl from the “wrong side of the island” just wants a chance to rebuild her reputation. Too bad the folks at church don’t practice what the preacher preaches.

Enter Dermott Reilly. The interim boss at Greener Gardens has always had a soft spot for Mindy and her son, but with his new responsibilities, an important garden competition, and a few other concerns, he finds it difficult to prove himself to her.

A tropical storm and a missing child prove that sometimes grace appears in the most unusual ways.