For this release, we were each asked to share a time where nature struck but God shined through. I knew exactly what I wanted to share but wasn’t sure if it fit. Melissa told me to go for it, so here it is.

In 2012 was when it happened. I had a seizure on a Sunday night. It came out of the blue and was the first one I had ever had. It scared my family and promptly landed me in the ER. I was released and sent home after a few hours but life never was the same.

I had to go off on leave and we lost my income. Then Jim was let go from the same school because “he wasn’t a good fit anymore”. After five years? Just seemed more than a coincidence.

Fast forward almost 10 years later. I went back to school because I wanted to be able to do something from home and teach at an online college seemed the right choice. Through that I found a love for marketing and….

I have made friends, travelled incredible places, and have gotten to work with both of my girls. It has been such a blessing!

Jim found a new job. One that he loves. One where he is supported by his supervisors and encouraged to grow. And he has. It has been amazing to see how confident he has become and to hear him interact with the families he works with. This man who had a hard time just conversating with others now enjoys talking. I am so proud of him.

Two years ago, I had surgery. You would not think that would be a blessing but it was. After I had surgery, I had no more seizures, They found what was causing all my pain and some other issues I was having. While I still wear out easily, I am doing so much better!

Lastly, it caused me to grow closer to the Lord, trust Him, and rely on Him. I have been prone to depression. It is easy to fall in at the best of times…..Going through this taught me to recite the Gospel to myself each day, then count my blessings. I was reminded that my worst day on earth is better than the best day in hell – It is something to be grateful for each and everyday. It also taught me that my gifts are from the Lord. It was humbling to have to be babysat, have someone drive me, etc. I needed that humbling. I needed to be reminded that I was not all that and a bag of chips. It also really helped me to have grace for others and be there for others who were struggling.

A few years ago someone asked if I could go back and choose, would I make the choice to go through this. Without hesitation, I would.

I wouldn’t be if I didn’t go through all of this. I could see myself still thinking about and relying on myself.

Dear readers friends, I hope my story encourages you. Whatever you are going through right now…The Lord can use. No matter how bleak the circumstances, He is always there. 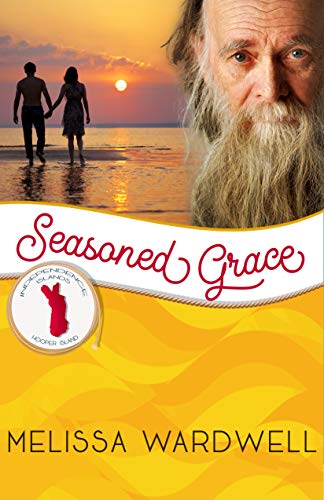 ou can run from your past, but you can’t escape it.

Though he disappeared that day, Raylin McReynolds never believed her father died at the World Trade Center on 9/11.

So, when a mysterious letter arrives from Breakers Head, informing her that she would find him on the Independence Islands off the coast of Georgia, she has no choice but to find a job, get there, find her father.

As mainland troubles encroach on Hooper Island, Sean Anderson devises a plan and presents it to the island pastors and his cousin, Scott. The result: Grace Mission—a place where those struggling can find the help they need.

What he didn’t need was a distraction in the form of a newcomer to the islands—a mission volunteer, no less.

Others at the mission, Beth and Scott, see more than just frustration brew between Raylin and Sean. What will it take to convince Sean and Raylin to stop bickering long enough to see what’s obvious to everyone else?

Raylin’s on a mission to find her father and protect her heart, but neither seem willing to cooperate.

Before you go, be sure to enter my giveaway and stop by the author’s posts to read their stories and enter their giveaways.