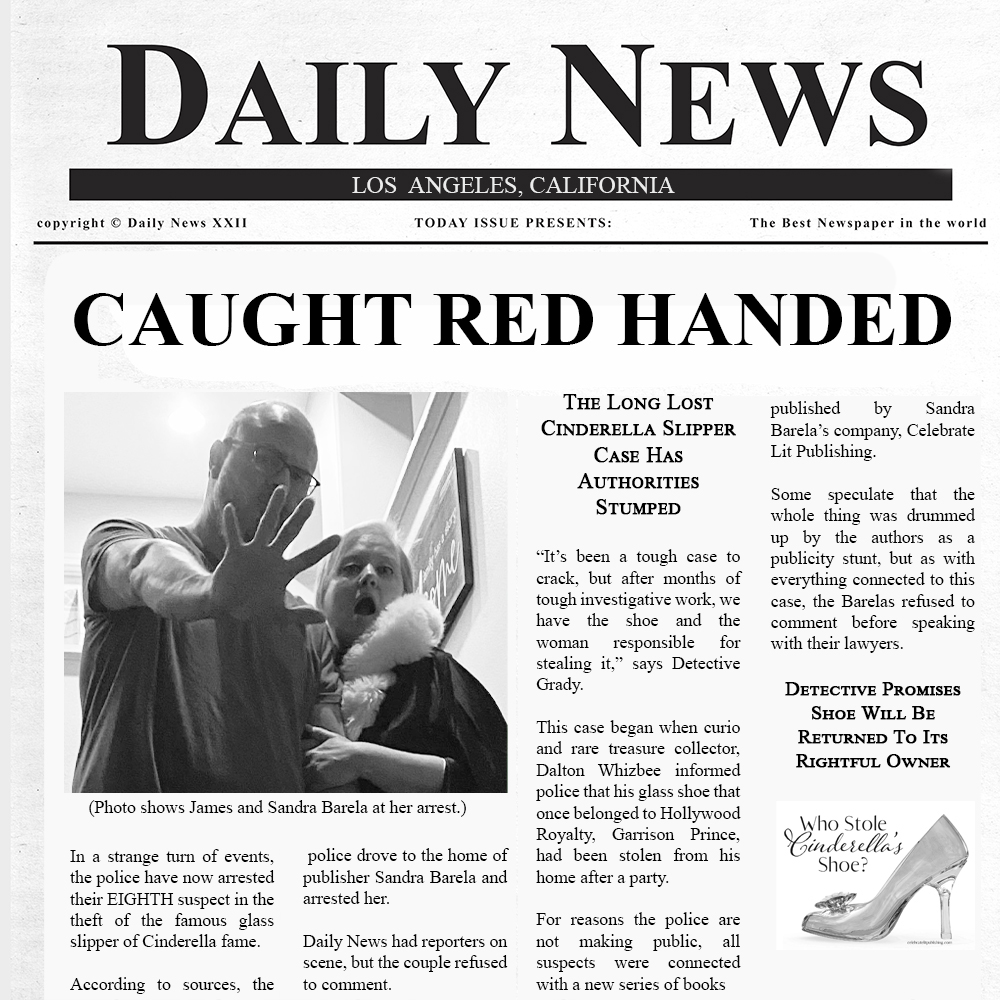 I was reading the article discussing the release of your latest book over my morning coffee yesterday. I must say, for two gentlemen normally bright and perceptive, I found the interview of your book and its contents to be lacking and ill-timed.

With the police arresting a new author each day suspected of stealing the glass slipper, you hurried to release a modern tale that harkens back to that of The Brothers Grimm taking full advantage of the situation.

Your story came complete with an orphaned girl, a wicked step-mother and wicked step-sisters, a coach that turns into a pumpkin at midnight, and mice that do her bidding. Your interview mocked that the glass slipper was a beautiful representation of what Cinderella’s might have been had it been real. You poked fun and failed to comprehend why eight people would want the glass slipper, let alone steal it.

Well, last night, sirs, I was escorted out of my home on suspicion of stealing the notorious glass slipper. The last one to be arrested as the shoe was found on display in my home.

I write to you to inform you that I did take the glass slipper, however, I did not steal it. I took it to complete the pair.

You see, gentleman, while you write to confirm a modern fairy-tale of a young girl named Cinderella. I have the slippers to confirm that my great-grandmother, Lucinda Ashton, lived.

If you are curious to know my great-grandmother’s story, the real story of what happened at the Taj Mahal, I would suggest you pick up a book written by a woman named Chautona Havig entitled, “The Last Gasp”. I have included information about the book in with this letter.

Maybe, just maybe, it will change your minds. 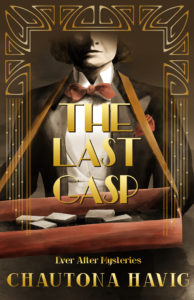 The Last Gasp by Chautona Havig

Four new friends, one young orphan, and a potluck of clues that don’t seem to fit anywhere leave the police baffled, Lucinda in fear for her freedom, and Gary ready to trade in his acting shoes for gumshoes if it’ll save his “Cinda.”

The first book in the Ever After Mysteries combining beloved fairy tales and mysteries, The Last Gasp. This Cinderella retelling blends a murder with enough crime and story clues to keep you on the edge of your seat.

Find out more about what happened with this glass slipper plus enter giveaways below: