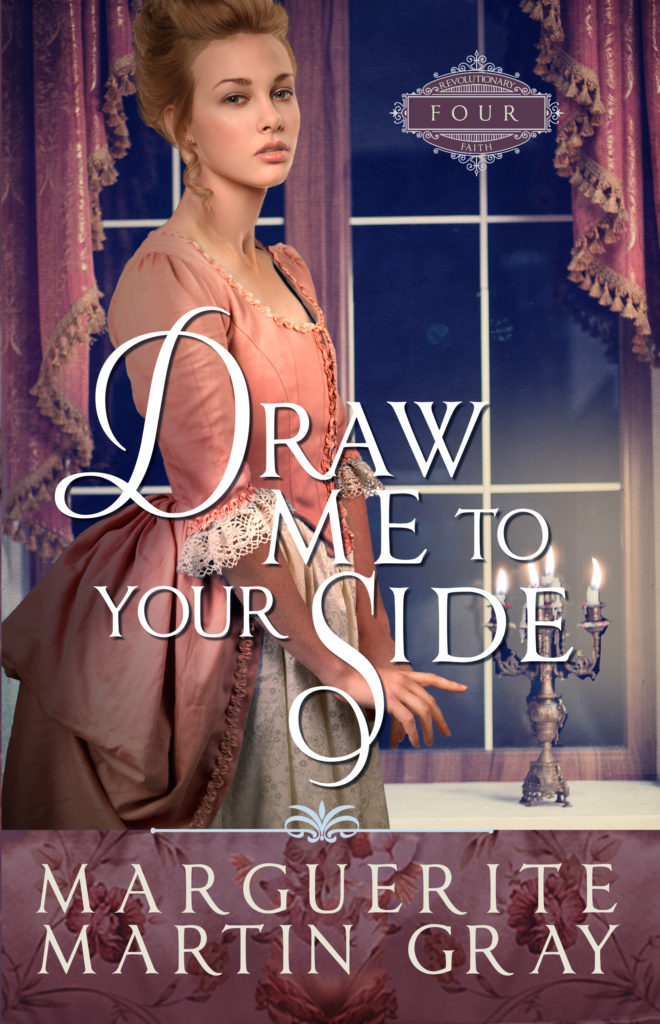 Warships in the harbor explode with battle cries for freedom in the hearts of Charles Town’s Patriots.

Charles Town, South Carolina, 1776—With the British war ships threatening his family and livelihood, Louis Lestarjette commits to aid Francis Marion, Christopher Gadsden, Silas Deane and other fiery Patriots with secret correspondences in code and in French. Although not convinced that the colonies can succeed in separation from Britain, he abides by his word—available with funds, his time, and if necessary, even his life.

Louis’ potential volatile role leaves Elizabeth Lestarjette uncertain of the future. Add to that her impending confinement, the secret missions her friends embark on, and the ever-encroaching danger into her domestic world, and the cost of independence grows steeper with each passing day. How will her family survive the coming turbulence? How will she survive not being an active part of it? One thing is certain, she must draw to God’s side or lose heart altogether.

Draw Me to Your Side… a prayer whispered against the coming destruction.