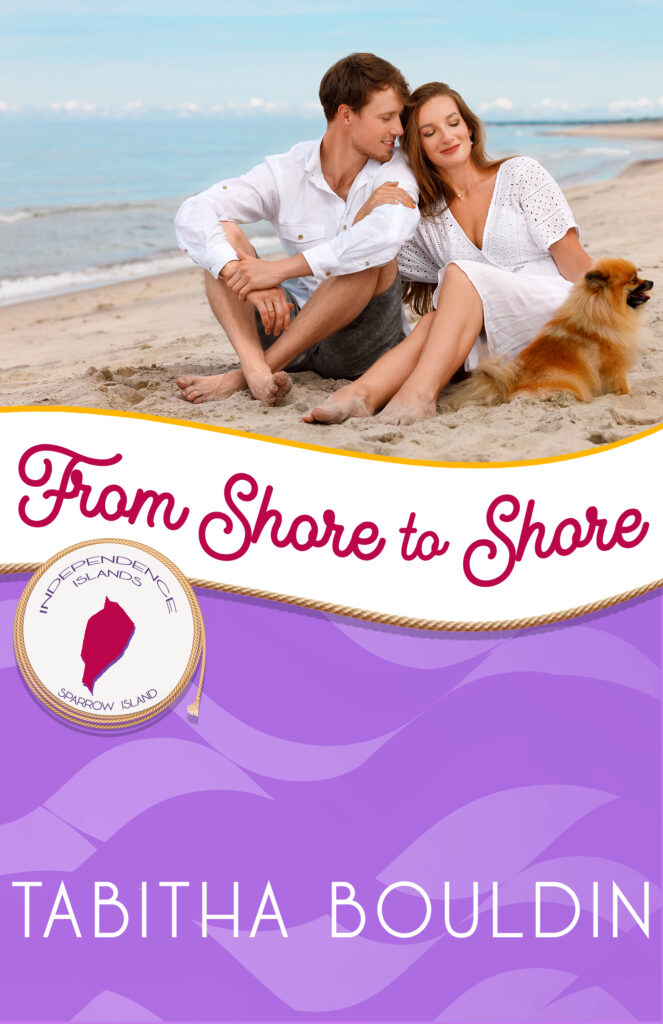 Can one captain show her the deep love of the ultimate Captain without falling in love himself?

Bree Jamison comes to Sparrow Island for one reason: to study coral reefs. She's not interested in happily-ever-after and certainly won’t allow her handsome boat captain to sway her into believing these islands are different from any others. But when she finds an old shipwreck and learns the history of pirates and treasure, Bree finds herself searching for something that always feels just out of reach.

Cooper Carmichael takes the job as boat captain for the enigmatic Bree to further his career. He never expected her to be so driven—or so painfully opposed to God.

All Cooper wants is his happy island life. He wants for nothing. In fact, he's made it his mission to be content. In every aspect of his life. Bree throws a wrench in his plan as her presence pushes Cooper to want for things he deems unnecessary.

A man striving for contentment. A woman who believes God is picking on her.

It takes one to show the other that no matter which shore you find yourself on, God got there first.