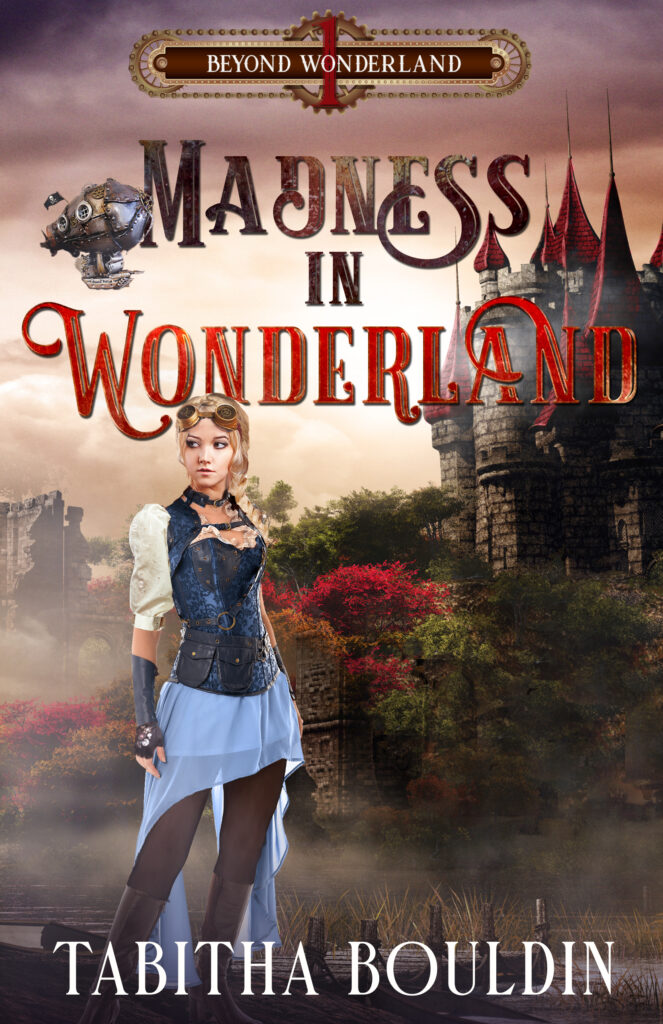 Wonderland is in trouble.

Under the rule of the Red Queen, Wonderland is under constant threat. In fear for her throne, children are taken into the queen’s army and only the strongest survive.

Alice is nothing but a pirate, but with the help of Hatter, they hatch a plan to sneak into the Red Queen’s palace to free Hatter’s sister. After all, Alice has always wanted to fly an airship.

Dr. Frank N. Stein has created an army of automatons to serve their queen. Of particular note: a prototype soldier. Part man. Part machine. The best of both worlds.

Doc’s monster is a threat to everything they know, but Alice sees something in the man that begs she look beyond what he’s done and search out the heart of the beast for the better of the realm.

He’s their only hope of survival, but how can a monster learn to love when all he’s known is hate?