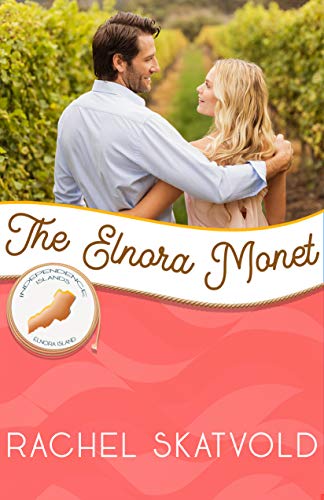 Islanders call him the Elnora Monet.

Is that island speak for “pompous, arrogant jerk?”

When Carly Mulligan volunteered to make house calls on Elnora, she never imagined treating the richest cat on the islands. What other feline has his own wing in a mansion like the Belshaw Estate?

After a wrong turn in the mansion, Carly stumbles across a secret room—one filled with incredible paintings. Perhaps there’s something more to the man than she first thought.

Most people envy Jean-Luc Belshaw’s position. The heir to a lucrative business and family fortune, he should have everything he could dream of.

But Luc dreams of days past. Days when he traveled the world with his wife and painted the breathings of his soul disappeared with Angeline’s passing.  Faith and inspiration gone, he wonders if returning to France to take his place in his father’s business is the right thing to do.

Carly has a few relational demons of her own, and she’s reluctant to trust him, but Luc’s paintings draw her in even as his story touches a long-empty place in her heart.

Only God can transform two broken pasts into a work of art.

The Elnora Monet continues the Elnora Island romances of the Independence Islands Series featuring five islands, six authors, and a boatload of happily-ever-afters.