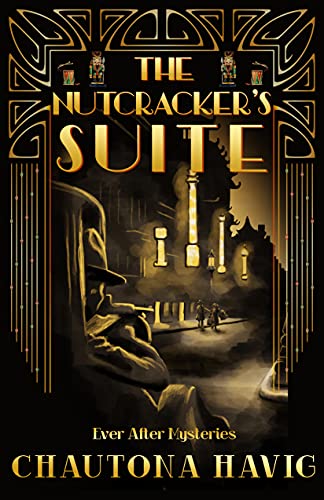 Part of the Christmas series:
Part of the Ever After Mysteries series:

When mob king, Mario Topo’s, enforcer goes missing after a body is found in his hotel suite, the race is on. Police and mobsters alike are after Nicolo Natale, and he who finds Nicolo first might determine the enforcer’s fate.

A painter at the Meyer’s Toys factory, Clara Stahl, knows something is strange about the way so many men come and go through Mr. Myer’s office. Curiosity overcomes prudence, and just as she discovers the reason, Nicolo discovers her, and one of Topo’s men discovers them both.

A race through the city, a new friend… or more… a new life in the offing. Nicolo and Clara must find who killed Topo’s man and why before the police arrest him for murder or Topo’s men bump him and Clara off, too.

This next book in the Ever After Mysteries combines “The Nutcracker Suite” with a murder mystery set in the heart of 1920s Rockland.